Dusty Crum, the wild man, is as interesting as his name and as wild as his appearance. Of course, not everyone may know or remember Mr. Crum, but it is not hard to run into this legendary snake hunter’s stories if you’re from Florida.

However, for most people who are not from the everglades’ bizarre land, Dusty Crum’s introductions came through his appearance in the hit History series ‘Swamp People.’

Dusty Crum made quite a splash on the viewers of the long-running series in a short time, and it turns out that they were not the only ones in awe of Dusty’s talents and skills. He now has his own snake-hunting show in Discovery.

What is Dusty Crum’s net worth from his new show? Find out along with his married life, if he does have a wife, to begin within her bio below.

What is Dusty Crum’s Net Worth after New Show?

Dusty Crum is no new name for ‘Swamp People‘ fans. We absolutely enjoyed having Dusty around, who fit in perfectly to the Louisiana swamps.

Even though Dusty is a legend, he mostly only divulges in catching Burmese pythons that have led to the everglades’ predatory infestation.

However, if he took the job to help out Jacob Landry’s hunt for gators, he certainly did not do it without the will to learn or master a similar yet different act. 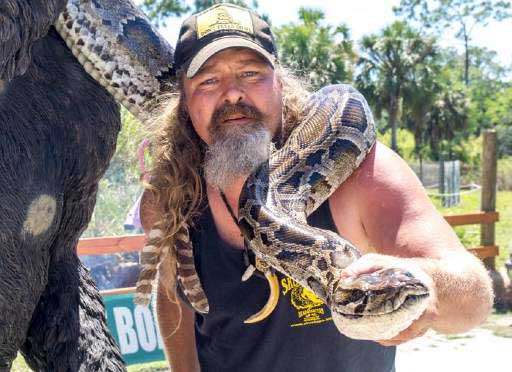 Dusty Crum was only with ‘Swamp People‘ for their season 10, starring in over five episodes. The series was also ready to bring in Dusty for their next and most recent season 11 but seeing as how Crum’s own starter series ‘Guardians of the Glades‘ came out in Discovery around the same time, we can see how it never worked out.

Of course, we can’t bear hard feelings; after all, everybody has to look after their own interest.

Dusty has always been a snake hunter at heart, and that is what he is best at. Plus, being a reality star will make you a decent minimum salary of 5-figures ($10,000) but being the main star of your own show definitely has a bigger payday.

Although we don’t know Dusty Crum’s salary from the new series, we can estimate it to be a large amount, maybe even in the six-figures.

Dusty Crum sure has a net worth that helps put our unrealistic assumptions to be a probability at $400,000 value.

Crum may gain fame as a reality star, but like various other reality stars, he has several other jobs and business ventures that contribute to his large net worth aside from his TV career.

One of his most successful ventures includes his online stores that sell his merchandise. You can go to his official website, ‘python wildman,’ to buy some of his products. 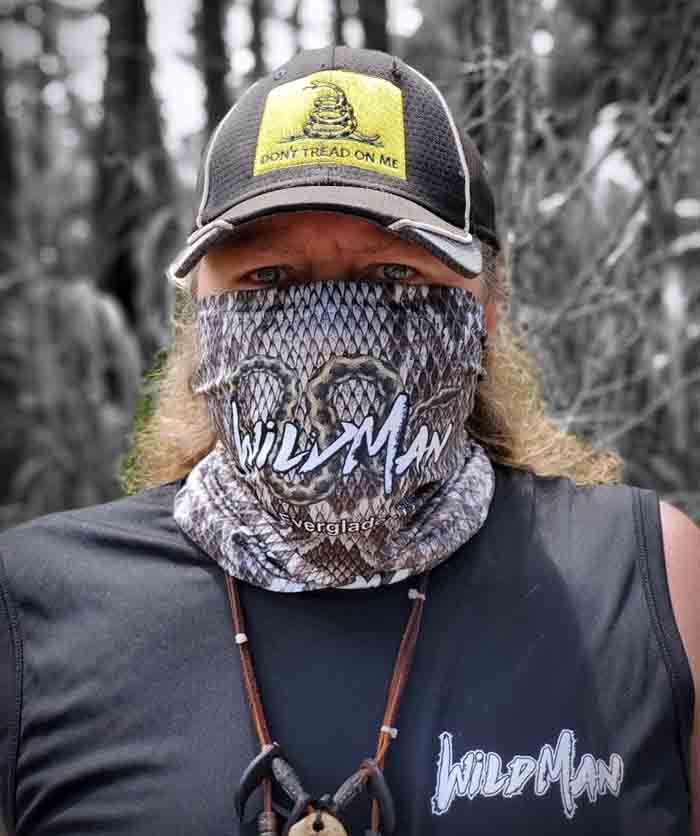 Dusty Crum showing his Wilman Buff for his online store.

The trademark for all his merchandise and products include a python-skin print and design in everything from coaters and beverage holders to laptop and oven mitts.

You can even buy a Wildman theme mask, perfect for this pandemic. The most expensive thing in his store is a wall-art, which you can now buy at $55.

Dusty Crum’s Wife; Is He Married?

All that we know is that Natalee is also from Sarasota, just like Dusty, as well as a fellow snake wrangler. They probably knew each other a long time ago, being from the same town and profession. 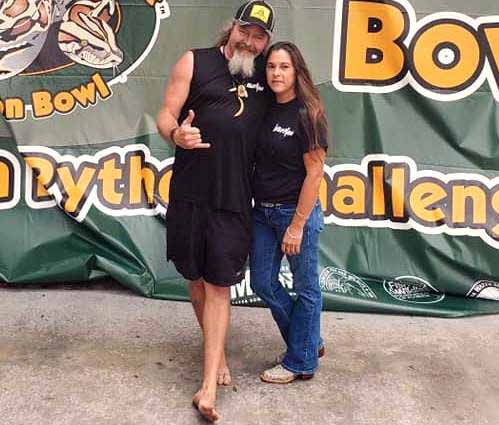 Dusty Crum with his girlfriend, Natalee McKinney, at the Python Bowl.

However, as we said, we know nothing more about their dating life. It is not like they’re keeping it a secret, though, since they hand around all the time.

The couple was seen together at the annual Python Bowl in 2020. She was also right there beside him, holding the skin of a 20-foot long monster Burmese python Crum had caught in a story run by ‘Palm Beach Post.’ 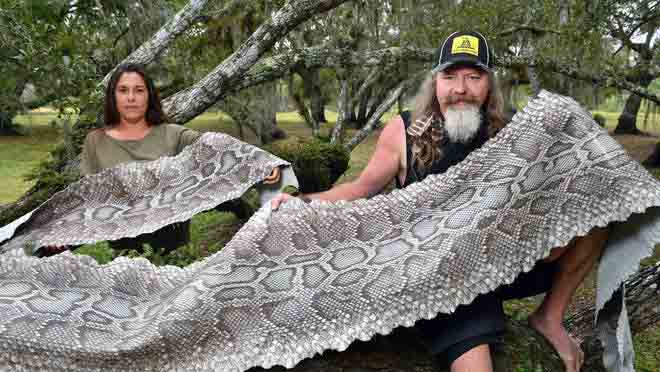 Swamp People cast Dusty Crum was born on May 31 of 1980, which makes his age 40 years. He was born in Sarasota Country, Florida, which is where he grew up and lived most of his life.

Since Florida is infamous for its infestation of python and Dusty grew up around the everglades, he was not a guest to these large snakes.

However, initially, Dusty Crum began working as a construction worker, and only after some time did he give his snake wrangling skills a go. He went to Sarasota High School and Sarasota Christian High School for his schooling.