Home
Uncategorized
What is Bruce Mitchell doing from “Swamp People” Doing now? Is he Dead?

Bruce Mitchell is a well-recognized American flag bandana-wearing television personality who rose to fame and became one of the most popular casts of the History Channel’s hit reality show called The Swamp People.

He is famous for being a fearless gator hunter who hunts alligators, too, with only a few tools and resources in his hands. Mitchell is also considered to be one of the most skilled gator hunters out there.

Bruce Mitchell was born on the 13th of July 1960 in Ponchatoula, Louisiana, USA, to his parents. The details of his parents are still unknown, but he is the eldest among the five siblings.

Talking about his siblings, he has two younger brothers and two younger sisters. He is known as a troublemaker and prankster in his family, but above all, he loves his family more than anything.

Soon, Bruce found himself working for reality shows where he could showcase his talent to the world. And his love and passion for his work have helped him gain fame and success. 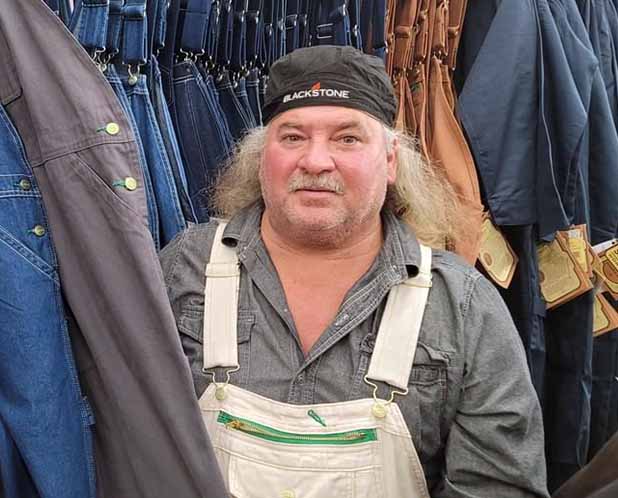 Read this to know what happened to Bruce Mitchell from swamp people.

The exact net worth of Bruce Mitchell is yet to be estimated. However, some reports have claimed that he has an outstanding net worth figure of $400,000, which is really amazing number for someone who has hunting as a profession.

This figure is accompanied due to his successful long career in gator hunting and owning a farm.

Also, he performs various tours and conducts several events for his fans. He is expected to make around $50,000 annually as his salary.

It is not clear about the level of education that Bruce Mitchell from “Swamp People” has attained. However, he started working at an alligator & turtle farm named ‘Kliebert’s Alligator & Turtle Farm’ in 1980 at the age of 20.

He also got introduced to gator hunting for the first time on this farm. Not only that, but he was also able to learn all the necessary aspects of the business from the farm owner.

The farm belonged to his now-wife, Janet Kliebert’s father. After his marriage with Janet, he moved to the farm and started gator hunting in partnership with his father-in-law for over thirty years.

While working on the farm, Bruce was spotted by the executive producers of A&E Networks. They wanted to make a documentary related to Mitchell’s life on the farm as a gator hunter for History Channel.

And since his whole family loved to watch the contents of History Channel, he took the offer and was later cast as a member for ‘The Swamp People.’

Undoubtedly, this show helped to gain recognition all over the world and received a massive fan following.

Apart from the television shows and hunting adventures, Bruce also updates fans with his southern lifestyle and cooking videos on his social media.

He runs different events related to the Swamp People, and due to his huge popularity, he also does meetups with fans and boat tours.

He even sells different merchandise through websites related to reality tv shows.

Bruce Mitchell is Married to his Wife Janet Kilbert.

Bruce has married only once in his life and since has had a strong relationship. He first met his wife, Janet Kliebert, in their high school in the mid-1970s. 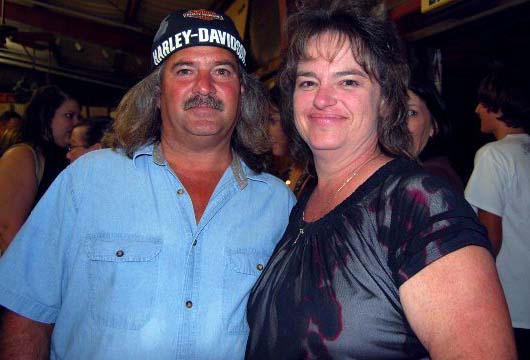 The couple soon began their loving relationship and tied the knot in 1980 after dating a few months.

Gator Hunter Bruce Mitchell and his wife Janet Kilebert have been blessed with two daughters. Their first daughter is Lorraine Michelle, was born in 1981, whereas their second daughter, Janice Marie, was born in 1984.

After their second daughter’s birth, the husband and wife both decided to open their farms for tourists for public tours.

Mitchell loves to spend his free time with his family. He is truly blessed with a happy family, and as of the present day, Bruce and his wife are grandparents to their two granddaughters from Lorraine Michelle. 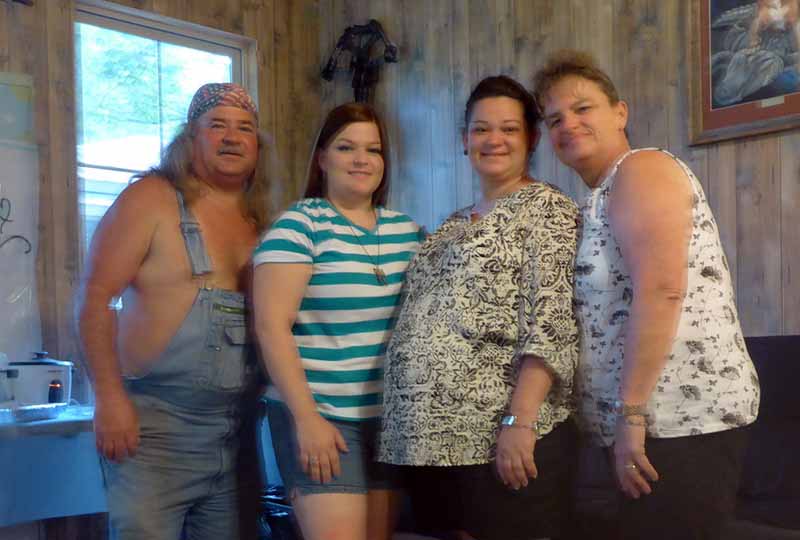 What happened to Bruce from Swamp People?

When someone becomes a celebrity, they are always bound to be linked with rumors. Likewise, Bruce is no exception, and he also got involved in various controversies and numerous rumors that began to surface on the media platform.

At one point in time, various rumors about Swamp People cast Bruce’s death began to surface all over social media.

However, the rumors were later claimed to be false as it was not Mitchell who died; instead, it was his beloved hunting partner, Tyler, who had sadly demised.

Tyler was Bruce’s favorite pet dog who died of heart failure at the age of 13.

Moreover, Tyler is also known by thousands of Bruce’s fans as he was also a star of the reality show, which is often seen with Bruce.

Correction: Bruce Mitchell is back for season 13 in 2022.

What is Bruce Mitchell doing now?

After leaving the show, Mitchell continues to live at the farm and work in the swamp.

He also has his YouTube channel, where he occasionally uploads vlogs and cooking videos. Apart from that, he is also back on the show.