“People always come and go.” This cliche statement always rings loudly to everyone’s ears. These words were like an alarm clock, reminding everybody that each individual was meant to pass by. The same goes for the unknown reason for the disappearance of one of the famous swamp people cast,” Glenn Guist.

The fading presence of Glenn is indeed mysterious. There is no apparent reason for what happened to the actor, only that he was never seen in the new episodes in last year’s show.

His absence inevitably created various theories among his fans. Some believe that his nonexistence has something to do with his younger brother’s death, Mitchell’s Guist. But most people were aware that Mitchell tragically passed away last 2012.

In the last recent Season 11 in 2020, Glenn’s presence was still vividly seen in most episodes. However, if you visit the History Channel and look at the listed cast of the Swamp People, you’ll be wondering where his name is. With this event, the speculations of his absence pooled in various social media platforms.

Knowing that Glenn has always been a fan favorite, it is inevitable for them to ask, “Is Glenn Guist gone forever?” The answer to this question is still unclear. While this may still be a puzzling issue, let’s take a look instead at some of his life stories yet unfold in the mainstream. After thorough snooping of his background, here’s a bit of information about the man behind the controversy.

Before Glenn Guist’s successful career in “Swamp People,” he was once an employee of Alexander Concretes, apart from his day-to-day life in hunting alligators.

His early years’ salary was vague; that is why no one knew the exact amount of his earnings. But when he was discovered by History Channel’s “Swamp People” series, all because of his ability to hunt alligators, his life turned with a twist.

Glenn’s income became higher than expected, which sources estimated that his net worth is over $200,000. Indeed, it’s a life-changing event for him. 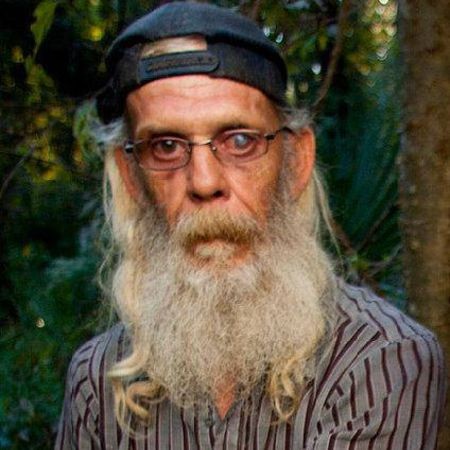 Glenn spent most of his life as a hunter. He loved his work that much that he even forgot that there’s so much more in the world. Thus, it’s not surprising that his heart belongs to one, but hunting.

Glenn’s attachment to hunting adventure led him to become single in more than half of his life. He never thought of getting married to anybody or even dating someone.

However, the real story behind why he never thought of settling down is not unveiled in public. Glenn preferred to keep his private life secret.

He never became an open book in the media as much as most actors do. All that there is are his hunting adventure and some standard information about him. As of now, the only clear revelation is he is a single man who has never dated anyone or even had a wife.

The life of Glenn Guist is a mixture of jaw-dropping amazement and intrigue. Before his name became known in public, his hobby as an alligator hunter did not become a threat to his safety like most of us have known. At the age of 64, as of 2022, his life comes with various twists and turns.

His hunting life in the bayous, a community in Louisiana hunting alligators, had been a way out for him to be discovered on History Channel.

Glenn’s day-to-day craft may be odd for many, but that’s how he earned money and, of course, became known in the media. His Gator hunting life was openly shown in TV reality shows, which never failed to amaze most people.

However, he was not alone with all of these. Glenn was with his brother, named Mitchell Guist. Together they made a difference from their flock. Their unusuality has led everyone to believe that there’s more to life than being used to seeing the shallow surface of the ordinary.