Swamp People has captivated history channel fans for the past decade now. It first aired back in 2010, introducing audiences to the likes of Chase Landry, JP Molinere, and Troy Landry. Swamp People season 13 release date.

The camera tracks these lifelong gator wranglers as they wrestled with some of the most aggressive reptiles along Louisiana’s Atchafalaya Basin.

Throughout Swamp People’s 12 season run, fans have watched as the hunters battled with the likes of Godzilla, who was described as an infamous cannibal gator. Fans have been clamoring to find out when the 13th season of the show will air. We finally have an answer for them.

Yes, we got confirmation that the show will be returning for its 13th season. In a Facebook post, Cheyenne ‘Pickle’ Wheat talked about how eager she was to get back on Troy Landry’s boat. As fans are well aware, both Troy and Pickle are a regular feature on Swamp People. Pickle works as a deckhand on Landry’s ship. The two have developed a close relationship over the past few years.

The first episode of the new season is set to premiere on the 27th of January 2022. So where can you watch it? 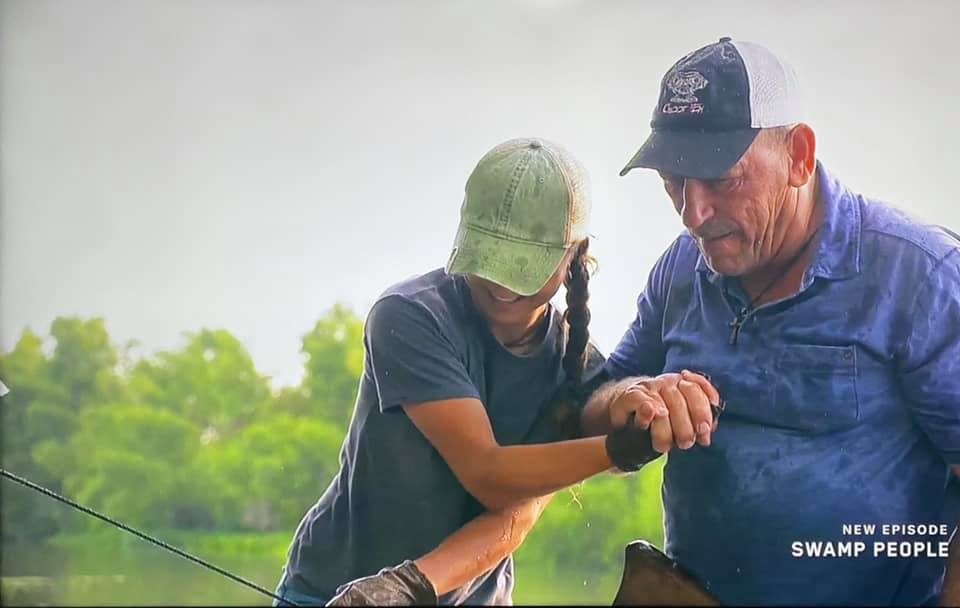 Where to watch Swamp people season 13

Well, there are several platforms you can watch the show from. To begin with, the new season will be available on the History Channel. Other than that, you can also watch the show on various online streaming platforms. These include sites like Hulu PLUS, Amazon Prime, Vudu, Google Play, and even Prime Video.

Pickle Wheat’s post tells us that she and Troy Landry will be reprising their roles during the 13th season. Troy’s inclusion additionally means that we can expect the rest of the Landry clan. This means that we should also expect to see the rest of his family, Chase, Jacob, and Holden Landry.

Other than that, a few other people who featured in the 12th season will also reportedly make a return. These include the Edwards (Little Willie, Junior, and Willie), the Edgars (Dorien, Joey, and Daniel), Ronnie Adams, and Ashley Deadeye Jones. Additionally, sources are also sure that the Choates (Destin and Liz) will also return for the new season.

Pickle Wheat did reveal that she will be joining the show.