Swamp People is a reality television show which is broadcasted on History Channel and is one of the most popular TV series the channel has ever produced.

It is an American reality series that was first broadcast on History Channel on August 22, 2010, which follows the day-to-day activities of alligator hunters living in the swamps of the Atchafalaya River Basin who hunt alligators for a living.

Alligator hunting is a 300 years old tradition in Louisiana.

Swamp People is considered one of the rarest TV shows because of its real scenario of people doing dangerous job of hunting alligators and partly also because of its cast members.

Despite being a very successful reality show, Swamp People has also gathered a lot of controversies and death rumors about its casts.

There have been several incidents that have led to various death rumors of Swamp People cast. While some of them have actually died, others remain to be rumors without any fact available.

Randy Edwards was one of the professional gator hunters in this hit reality television show. After his appearance on the show, he came into fame and was featured in the show for its first six seasons along with his parents and brother.

The reality TV star was gaining momentum with his popularity, but it soon came to a halt as the star got into a horrible road accident on Highway 74 in LA at the age of 35, which caused him to lose his life.

According to the police report, Edward was pronounced dead at the sight of the accident on the 15th of September, 2018. His family later confirmed the incident. 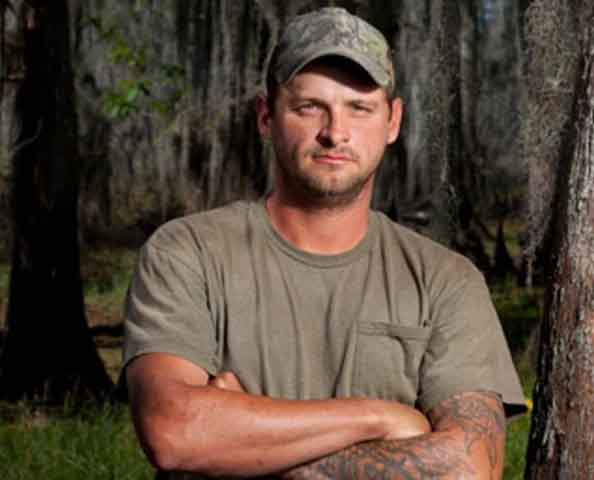 Willie Edwards, who is the younger brother of late Randy Edward, is also a gator hunter, and just like his elder brother, he is also a television personality in the same show, Swamp People.

He was featured in the show alongside his father ‘Junior,’ his mother Theresa, and his brother Randy Edwards.

He is one of the famous cast members of the show as he was able to grab attention from the fans from the 1st episode of the show.

There were certain rumors about his death, but the reality was different. It turned out to be a case of mistaken identity with another Willie Edwards, a black man who got murdered on 23rd January 1957.

As of 2021, Willie is well and continues his work as a gator hunter even though he does not work in the show anymore. 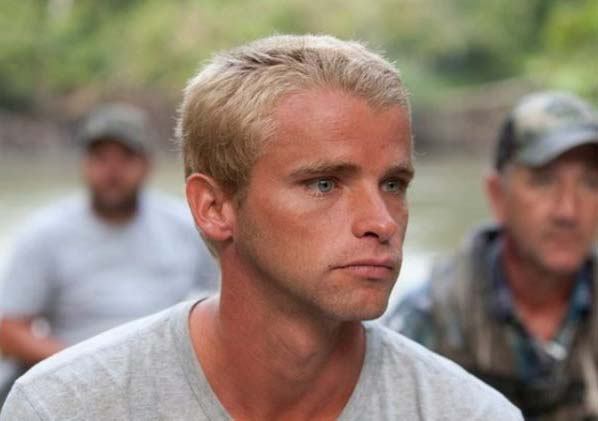 Daniel Edgar became an instantly famous celebrity from the reality show ‘Swamp People’ after joining the show in its seventh season.

He is considered to be of the most skilled and experienced gator trappers in the show. He even became a modern-day hero within the fan community after capturing the Grand Noire back in February 2017.

As per some reports, Daniel was offered a chance to join the show much earlier. However, he was not interested in joining the world of television at the time but later joined the show along with his two sons in the swamp.

There were some death rumors regarding Edgar during 2018, but the rumors were nothing but false.

In fact, it was his wife, Juanita Thomas Broussard, that lost her life at the age of 68 on 17th March 2018. She had been taken to ‘Our Lady of Lourdes Regional Medical Center’ for treatment when she succumbed to illness. 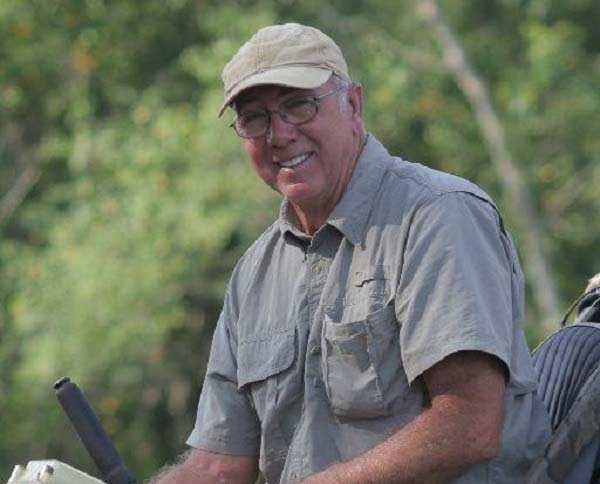 Junior Edwards is the father of Randy Edwards and Willie Edwards, who also came into the limelight after his appearance in the reality show Swamp People.

Even though he is shown as the gator hunter in the show, he is actually a skilled fisherman. However, he did train both his sons in the profession of gator hunting.

The Edwards have been on a rather intense campaign to make their version of what went down known to the public. They have not been seen in the new seasons of the show so far. 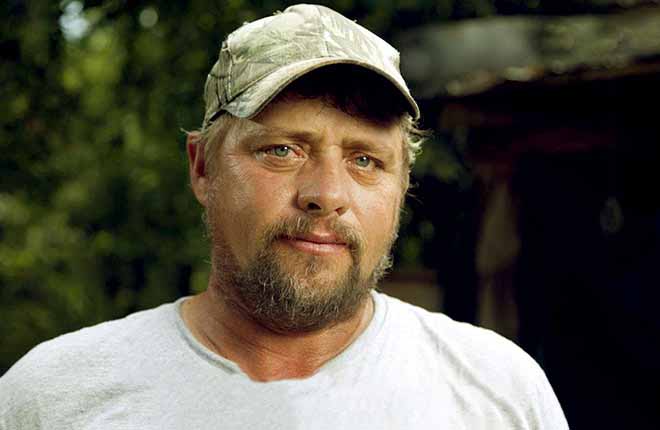 Bruce Mitchell is one of the popular faces in the Swamp People. He is a professional gator hunter who also owns his own farm.

He was mostly featured in the gator season and outstood the other cast member because of his fearless skill of hunting alligators along with few tools.

Bruce later left the reality show, but the actual reason behind his departure still remains under wraps. However, there were rumors about his death after leaving the show.

But in reality, it was his beloved dog, Tyler, who lost his life due to cardiac arrest.

Tyler was also Bruce’s hunting partner, who frequently appeared on the show.

As for Bruce, he currently continues his gator-hunting profession and lives with his family on the farm that he owns. 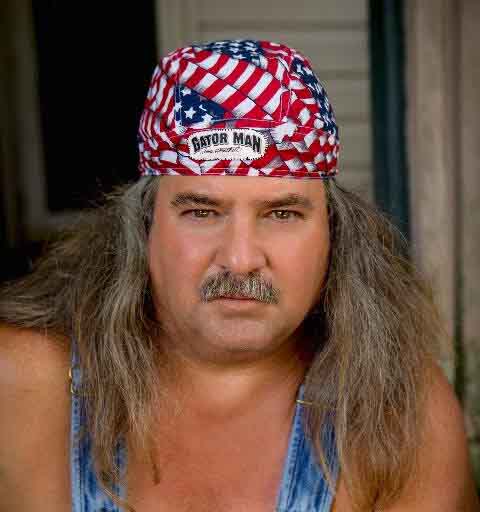 Jeromy is another famous cast of the reality show Swamp People, who is a native of Louisiana.

He is particularly skilled in catching alligators, who later partnered with his stepfather, David LaDart, to become one of the country’s most formidable hunting duos.

He worked in the show from 2013 to 2016 and is fondly remembered on the show for his unique hunting methods.

Jeromy was later rumored to be fired from the show, and both the parties involved have not opened about the subject ever since the news came out. There were also rumors about Jeromy being dead.

However, it was not the case. In reality, it was his 19-year-old stepbrother, Daniel LaDart, who had died in a car accident. 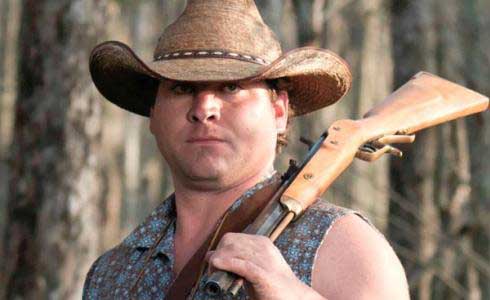 Troy Landry Is Not Dead.

Troy Landry is a fierce alligator hunter who started hunting to make a living due to his poor financial condition.

He later made an appearance in History channel’s reality show Swamp People that made him famous and helped him expand his business of harvesting and distributing crawfish.

Troy has also become one of the deadliest alligator hunters and has been named King of the Swamp due to his experience and success in dangerous alligator hunting missions.

There were several rumors surrounding Landry’s death during one of his family adventures.

However, the rumors were proven false as people mistook him for another man named Troy Landry of Louisiana who had died. 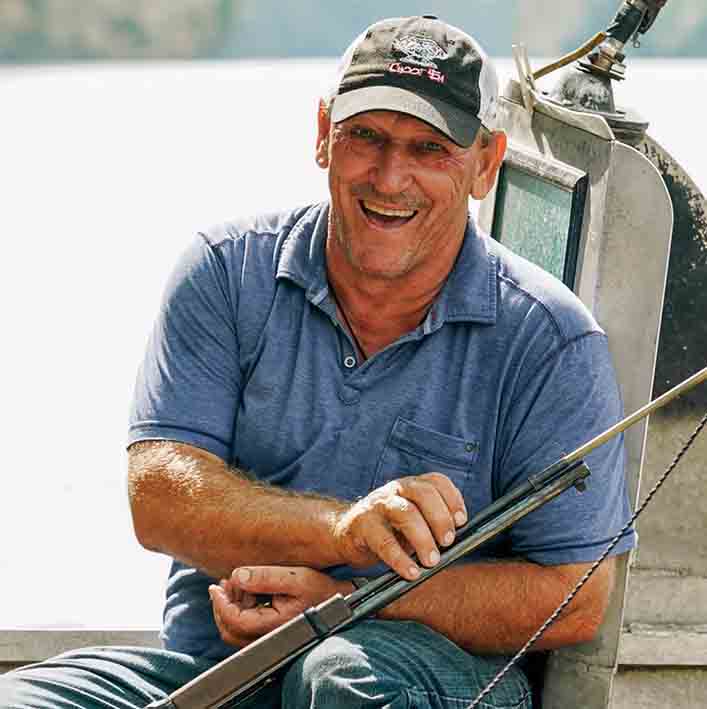 Mitchell Guist was one of the cast members in the reality TV show who was well-known for his hunting skill in show. He featured on certain episodes on the show alongside his brother.

Mitchelle Guist was 48 years old at the time of an incident when he abruptly collapsed while he was in the process of crafting a boat along the Belle River.

The rest of his crew thought that Mitchell was experiencing a seizure, but it was no use when they tried to resuscitate him.

Later a preliminary report suggested that Mitchell had died from natural causes on the 14th of May 2012, although some media reports claimed he died of a heart attack. 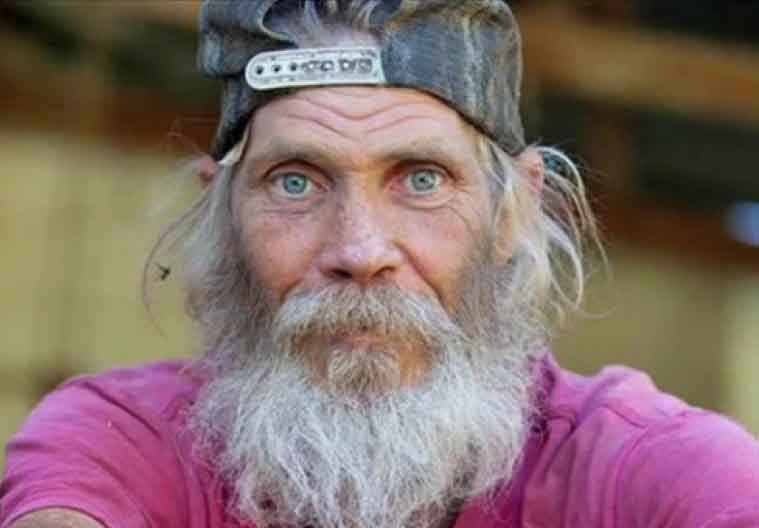